Forum home page
Naar NS.nl
S
Hi,
We had to use Sprinters to go to work everyday. However, you are canceling the trains at the last minute all the time. All of our schedule at work is being affected so frequently because of this reason. Is it normal to cancel the train AT THE LAST MINUTE? For example, this morning trains are canceled because of a problem in Leiden! However, we even try to go Schipol/Hoofddorp etc. What is your problem? Why are we having the problems that is not on the road of our destination?
You should be more sensitive about the schedules, because we had to use your trains even though we do not want to. And the worst thing is you know this and you do not give the sufficent importance because of this necessity. 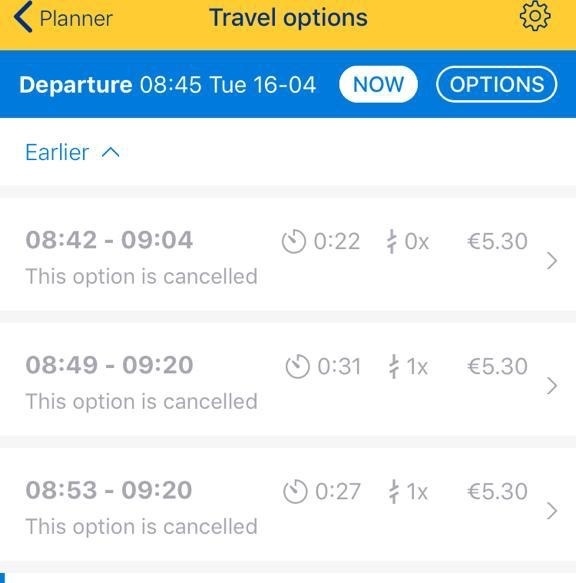 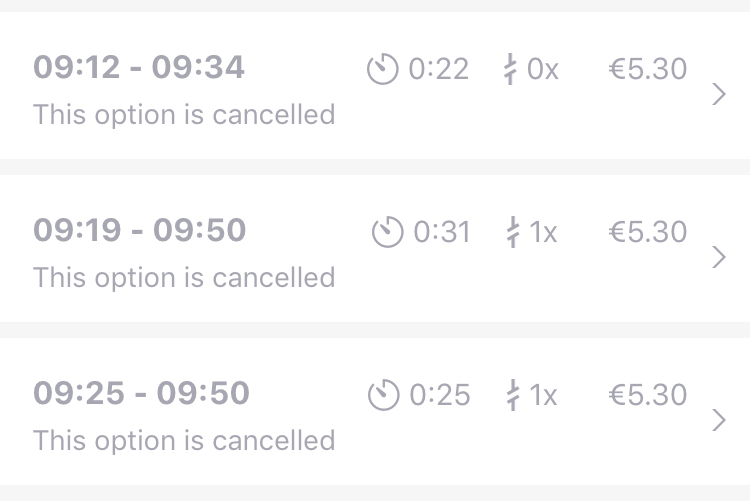 +3
There is a problem with the railroad switches:
https://www.rijdendetreinen.nl/storingen/27074-16-april-2019-wisselstoring-amsterdam-schiphol-leiden

Reputatie 7
The reason the trains are canceled at the last minute is because the information comes late and it takes some time to put everything through the system.

A disruption happens. The train service controller gets a head-up on his screen with some information. He passes the information onto the railway company and the first message of a disruption is put up.


Between Nieuw Vennep and Leiden Centraal there is a service disruption due to a points failure. Updates will follow as more information becomes available.
8:36AM

At the same time, the train service controller is trying to gather more information and starts planning. Information; what kind of disruption is it? which tracks are availble, which aren't? Are there high priority trains? Are there any extra rules on this specific track etcetera. This information is made available to the train company again.


Between Hoofddorp and Leiden Centraal no Sprinters are running due to a points failure.
The extra travel time is more than 60 minutes. This will take until approximately 11:30 AM hours.
8:43AM

He starts planning; which trains can I run, which can't run? Which train am I going to sacrifice to keep as much trains as possible running on time? Where do I have the possibility to turn the canceled trains around? Once everything is planned, this information is made availble to the train company again.


Between Hoofddorp and Leiden Centraal no Sprinters are running due to a points failure.
The extra travel time is more than 60 minutes.
This will take until approximately 11:30 AM hours.

Only after the third round the company has all the information about which trains specifically will not run. The information is put online and announced on the platforms as soon as it gets in.

After that, once the problem is solved or almost solved:


Between Hoofddorp and Leiden Centraal the restrictions are resolved.
Delays are diminishing.
Service is normal around 10:00 AM hours.
9:38AM

Once everything is running again:


Between Hoofddorp and Leiden Centraal the restrictions are resolved.
9:59AM

Enter your username or e-mail address. We'll send you an e-mail with instructions to reset your password.